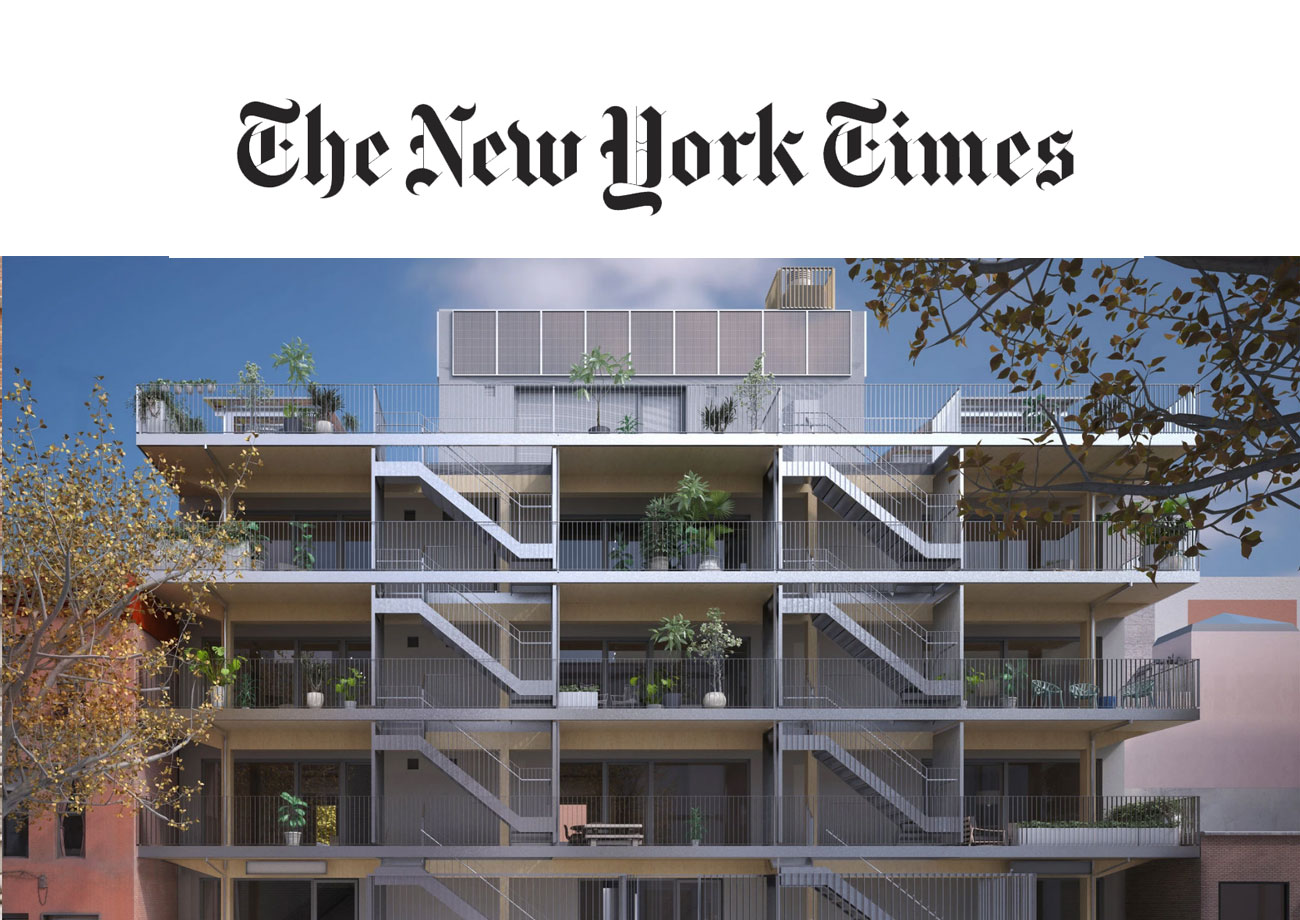 Five Stories Tall and Made of Wood

Exposed wood may be a familiar sight in some 19th-century buildings in New York City, like lofts in TriBeCa and Dumbo, where it was necessarily used in columns, joists and ceilings. But in the kinds of apartments that make up most of the city’s current housing stock, the only timber that is visible in a near-natural state is on the floor.

But Frame Home, a new Manhattan-based development firm, is trying to change that. In one of the first-of-its-kind efforts in New York City, Frame Home is using mostly wood — instead of the concrete and brick that’s been common for decades — for the construction of a series of rental buildings in Brooklyn.